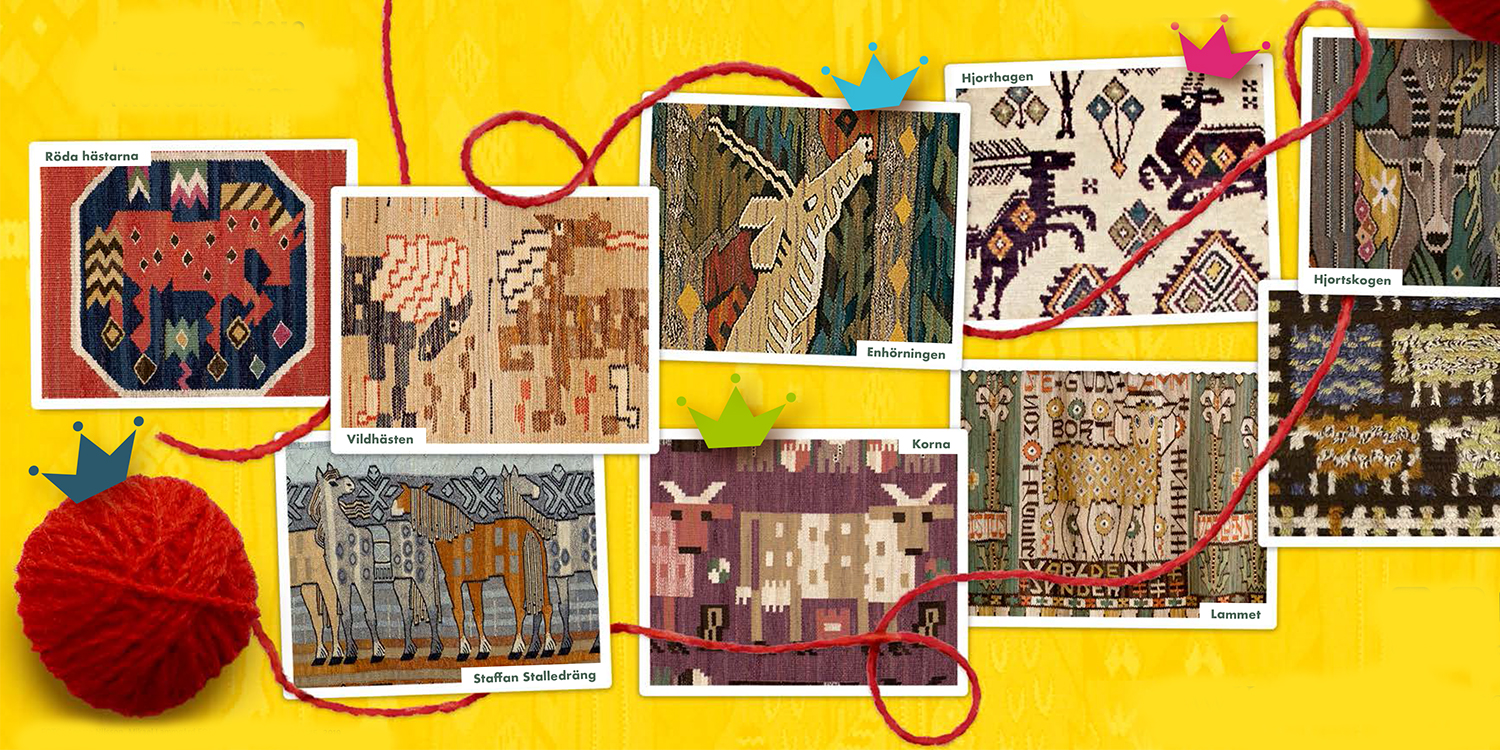 This activity trail turns a visit to the digital exhibition into a voyage of discovery. Animals and nature are common themes in Märta Måås-Fjetterström's rugs. Now it's a matter of finding the animals in the exhibition!

IMAGE HUNT IN 360°
AT THE DIGITAL EXHIBITION

Do the activity trail in the digital exhibition, the virtual tour in 360°:

Märta Måås-Fjetterström was one of the 20th century's most successful textile artists, and her works were on show in a major exhibition in the Hall of State at the Royal Palace. Her rugs are like works of art, and she created more than 700 patterns.

The animals on the map can be found on the rugs, and the aim is to find them. The activity is suitable for all ages. 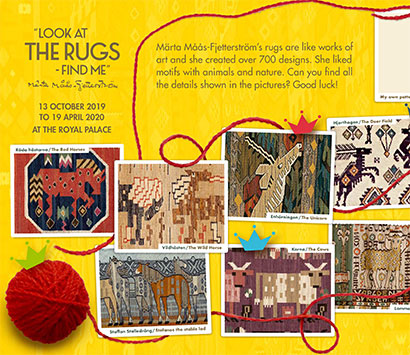 The image hunt turns a visit into a voyage of discovery among Märta Måås-Fjetterström's characteristic, detailed rugs. Click on the image to download the map, if you would like to try the task in the virtual tour. 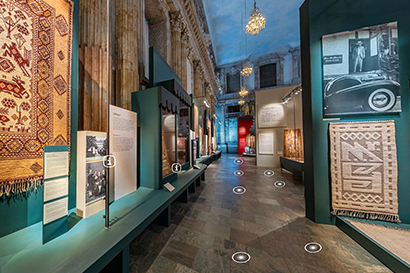 Do the activity trail in the digital exhibition! Click on the image to start the virtual tour. 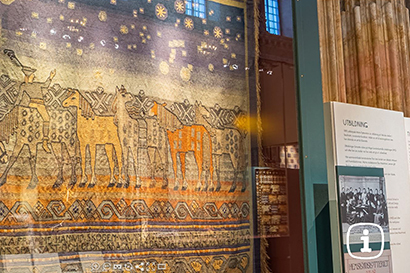 In the virtual tour you can stroll round in the exhibition looking for the animals. The rugs can be zoomed in on.

"Look at the rugs – find me"
– THE digital EXHIBITION

If you didn't had the opportunity to visit the exhibition at the Royal Palace, you can now explore the exhibition digitally from home! Go on a virtual tour via the link:

FOR CHILDREN AT THE ROYAL PALACES

Various children's activities will also take place at these sites during the school holidays, and at the Riddarholmen Church and the Royal Stables. School holiday programmes will be announced via the Calendar