Welcome to one of Europe's oldest museums, which first opened its doors in 1794. Gustav III's collection of sculptures are shown in the Palace's stone galleries, open during the summer months.

The museum is open May – September.

Discover the museum in a virtual tour!

King Gustav III, who had a keen interest in art and antiquities, purchased several of the museum's sculptures during a journey to Italy at the end of the 1700s.

Shortly after Gustav III's death it was decided that the collection, which consisted of over 200 sculptures, would be shown in honour of the deceased king.

The exhibition hall consists of two stone galleries in the palace's north western wing, with a beautiful view over the Logården or "Shot Yard". The sculptures are placed in the gallery exactly as they were originally exhibited.

In the Larger Stone Gallery the collection's showpiece is displayed – Endymion – which awakened great interest in the 1700s. 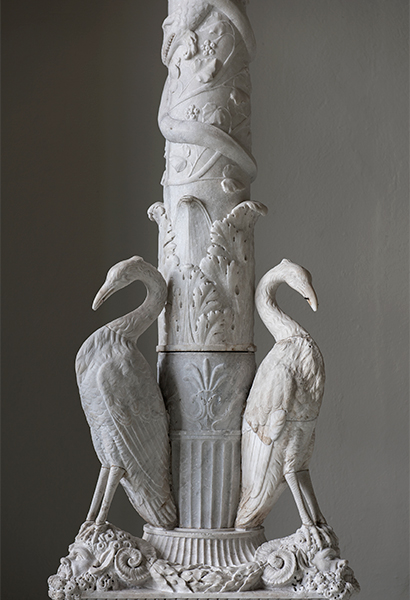 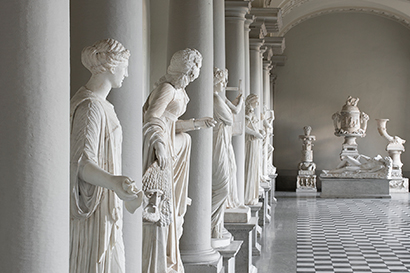 The museum is open May until September. The Larger Gallery can be seen year round in a virtual 360-tour at our web site. Photo: Lisa Raihle Rehbäck/Royalpalaces.se

The Swedish Regalia are kept in the cellar vaults of the Royal Palace of Stockholm. Here you can see crowns used by kings, queens, prince...

The major jubilee exhibition Vasa to Bernadotte, 1523 –1973 –2023. Culture in Service of the Realm will showcase unique objects, takin...

The Royal Apartments at the Palace is a collective name for the magnificent state rooms that are used at The King and Queen's receptions....

Discover the Hall of State at the Royal Palace in 360°. This room was the centre of Swedish power for centuries, and is still used for of...

This year is a double jubilee, marking 500 years since Gustav Vasa was elected king in 1523 – ushering in a new era that shaped modern Sw...

The Thinking Hand is a scholarship competition for young draftsmen, an annual collaboration between the Royal Court and the Royal Acade...