Our current King's grandmother was a dynamic and popular crown princess – and a pioneer within many areas – who changed the image of the Royal Family, even to this day. Here you can find out about the popular exhibition that described her life and her work.

In the apartment at the Royal Palace where Crown Princess Margareta lived with Gustaf (VI) Adolf and their five children – Gustaf Adolf, Sigvard, Ingrid, Bertil and Carl Johan – unique objects from the Royal Collections that belonged to the crown princess were displayed. She was a granddaughter of Queen Victoria of Great Britain, and was known as Daisy to her family and friends.

"My grandmother, Crown Princess Margareta – known as Daisy to her family – was a multitalented individual with a powerful presence. She was genuinely interested and involved in many different areas: art, sport, social charity work and gardening. The Crown Princess was also a loving mother, with a view of children that was quite modern at the time. She once wrote: "Children and flowers have just as much need for sunshine and love."

Sadly, my grandmother died far too young at the age of just 38. She left my grandfather, my father and his four younger siblings in deep mourning. Crown Princess Margareta's life and work – and her significance for my family and our country – deserve to be recognised." King Carl Gustaf 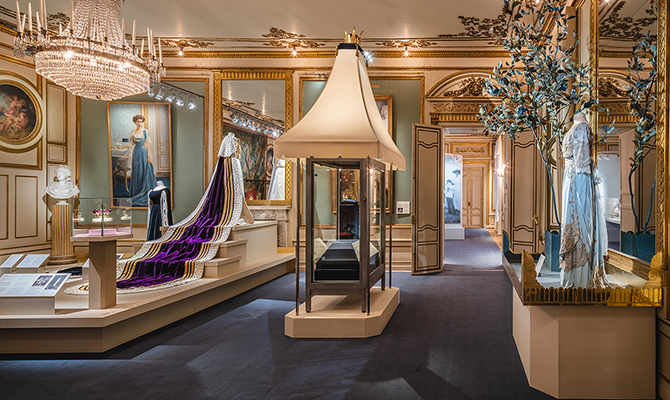 The exhibition was shown in the part of the Royal Palace where Crown Princess Margareta lived with Crown Prince Gustaf (VI) Adolf and their five children. Photo: Jean-Baptiste Béranger

You can view the exhibition by clicking the images in the slideshow below or via the following links:

A princess ahead of her time

Traces of the Crown princess

Before the official opening, The King and Queen, The Crown Princess and Princess Christina, Mrs Magnuson visited the exhibition. 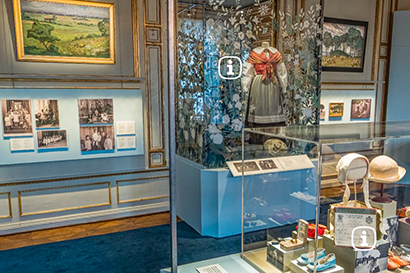 Visit the digital version of the exhibition. Click on the image to start the virtual tour.