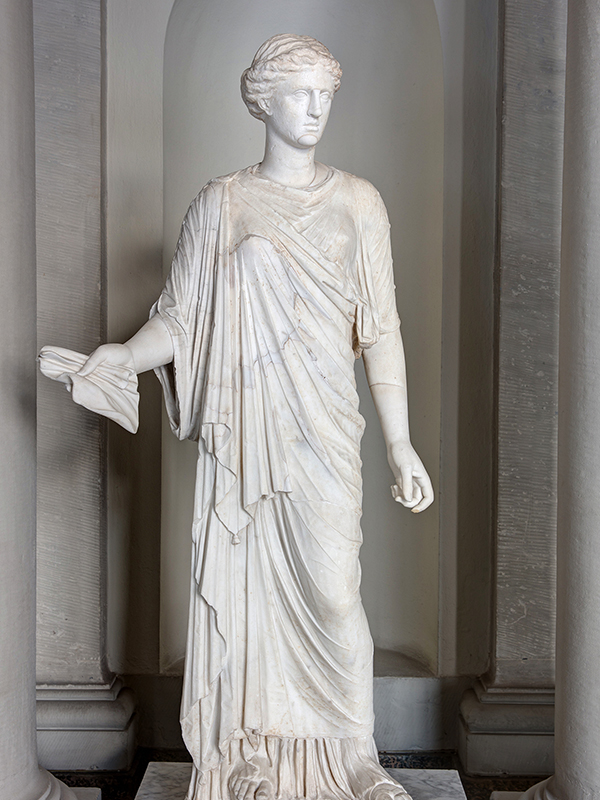 This is Clio, the Muse of history, holding a scroll. The mantle is draped in a manner typical of sculptures depicting the Egyptian goddess Isis, a goddess who had many followers in the Roman Empire.

The body of the sculpture was found at excavations in Tivoli in the 1770s. The head, originally belonging to another sculpture, was found near Hadrian's villa outside of Rome a few years later. Together they represent Clio.