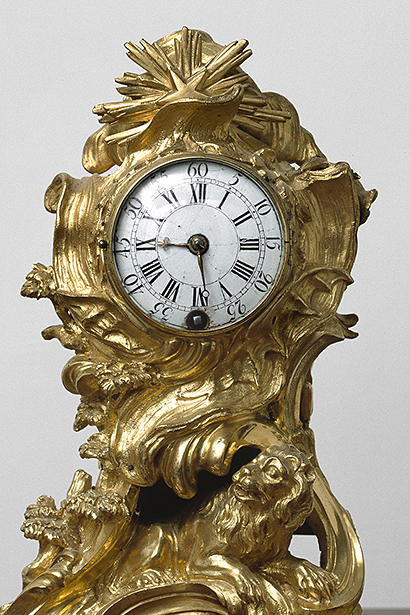 This small table clock is one of few known works by Court Clockmaker Fredman, and was produced in around 1750. Fredman is better known from the poetry of Carl Michael Bellman. The choice of Fredman as the drunken character from Bellman's verses had clear moral undertones. Bellman's audience knew that Fredman had been a respected member of the bourgeoisie – a master of the guild, and Court Clockmaker – before his life spiralled out of control: he lost his position through drinking, ended up in countless disputes and pawned his and his wife's property.

Drottningholm Palace
The clock is kept in an audience chamber that is not open to the public.