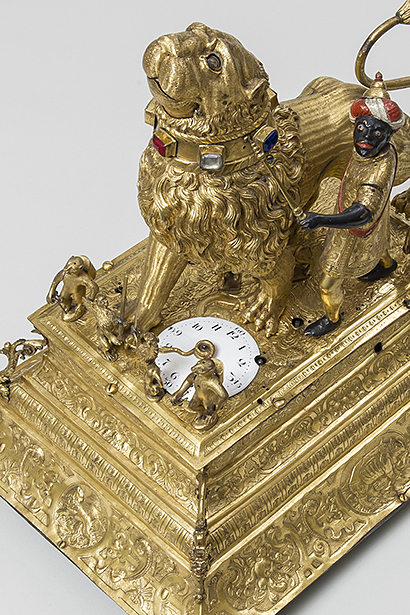 The clock was purchased in 1654 by the father of Queen Hedvig Eleonora, Duke Fredrik III of Holstein-Gottorp. Following Denmark's victory over Schleswig, the clock ended up in Copenhagen. Eventually, it came into the possession of Arctic explorer Adolf Erik Nordenskiöld, and was subsequently given to King Karl XV.

The Royal Palace of Stockholm
The Cabinet Meeting Room