Throughout the years Drottningholm Palace has changed and the royal personages who lived here have left their mark on the Palace's interiors – influenced by changes in style and fashion trends.

Hedvig Eleonora, Lovisa Ulrika and Gustav III have all contributed markedly to the interior decoration of the reception halls.

The 16th century Palace was destroyed by fire on 30th December 1661. Earlier that year the Queen Dowager, Hedvig Eleonora, had bought the Palace.

After the fire, the architect Nikodemus Tessin the Elder was commissioned by the Queen Dowager to design a suitably impressive residence, and in 1662 work began on the Palace, as we know it today.

He created a number of interiors, which rank among the foremost in Sweden from the early Baroque of the 1660s and 1670s. They include the staircase, the Ehrenstrahl Drawing Room and, not least, Hedvig Eleonora's State Bedchamber.

Following the death of Tessin the Elder in 1682, his son Nicodemus Tessin the Younger carried on and completed the great project. Karl XI's gallery, for example, dates from this period.

Residence of the royal ladies

Drottningholm remained the residence of the royal ladies, and in 1744 it was given as a wedding present to Princess Lovisa Ulrika of Prussia, on her marriage to the Swedish heir apparent, Adolf Fredrik.

Lovisa Ulrika's time at Drottningholm became a golden age of the arts. Some of the interiors of the Palace – Lovisa Ulrika's Green Antechamber, for example – were redecorated in a French-inspired Rococo style.

Many of the leading scientists of the age gathered at Drottningholm. Carl von Linné (Linnaeus) worked here, cataloguing the royal collections' "natural objects".

Lovisa Ulrika's library stands out as a brilliant memento of the period, which also saw the creation of the famous Drottningholm Court Theatre.

Drottningholm was purchased by the State in 1777, becoming the home of Gustav III.

Top: The Green Salon begins the main apartment's suite of state rooms, and offers a taste of the reception rooms that follow. Photo: Lisa Raihle Rehbäck/Royalpalaces.se 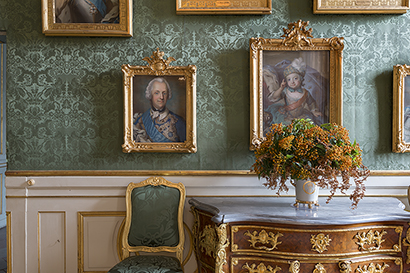 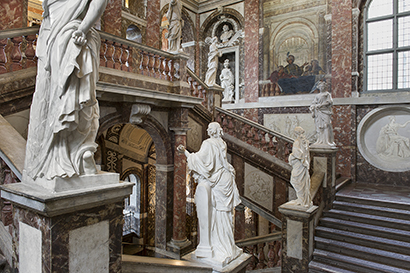 The staircase is the most extravagant and expensive ever to have been created by the palace's chief architect, Nicodemus Tessin the Elder. Photo: Alexis Daflos//Royalpalaces.se 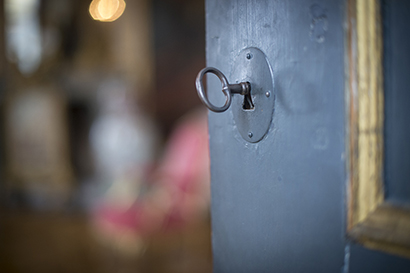 The palace has been rebuilt and extended over the years. Photo: Kate Gabor/Royalpalaces.se

Drottningholm Palace will be open daily during the first week of the New Year. Bring your family and explore Sweden's first World Heritag...

King Gustaf V liked to celebrate Christmas at Drottningholm, where the festivities were more low key. Only three trees were decorated, th...

Tickets
A history of style – Baroque