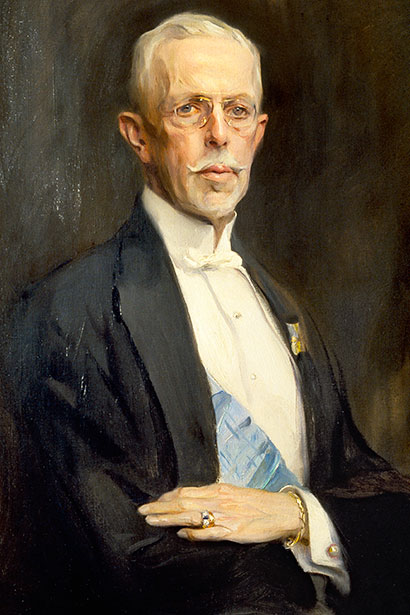 By the time King Gustaf V ascended to the throne, the king's power over the nation had been considerably weakened. During his reign, the position of king became a representative role. Royal power had been replaced by popular rule, and the king's political role had shrunk. King Gustaf V adapted to the modern age without a loss of dignity, and the monarchy survived.

Despite his representative role, King Gustaf V was politically engaged. During his Courtyard Speech of 1914, he argued for strong defence.

He was a passionate tennis player, playing under the name Mr G. He was also a keen huntsman.

He is Sweden's longest living monarch to date. King Gustaf V died at the age of 92.