Rosendal Palace was built on southern Djurgården in 1823-27 for King Karl XIV Johan. Fredrik Blom, one of the leading architects of the day, was commissioned to design and build the palace. The palace was built in prefabricated form.

Rosendal was a summer palace to which to withdraw to enjoy the summer on Djurgården.

The palace has never been a home in the modern sense of the word. Instead, it was intended to be used solely as a stimulating escape from the more formal courtly life at the Royal Palace of Stockholm.

King Karl XIV Johan and his family made frequent use of Rosendal during their summers in Stockholm.

When the weather was good, they travelled by horse and carriage to Djurgården to walk in the park, and various kinds of receptions were also arranged at Rosendal.

The dissolution of the union between Sweden and Norway

One of Sweden's first classic press photos was taken at Rosendal in spring 1905.

Norway had ended the royal union with Sweden, and the people of Stockholm made their way to Rosendal to pay tribute to King Oskar II, who was in residence at the summer palace.

When the crowds gathered in front of the palace, the elderly monarch emerged onto the steps. This moment was immortalised in a famous press photo.

When King Oskar died in 1907, his heirs decided to turn Rosendal into a museum about Karl XIV Johan and the contemporary Empire style.

Interiors from King Karl XIV Johan's bedchamber were therefore brought from the Royal Palace of Stockholm to the palace on Djurgården.

The palace remains largely unchanged since the times of King Karl Johan and King Oskar, making it a unique record of the European Empire style. 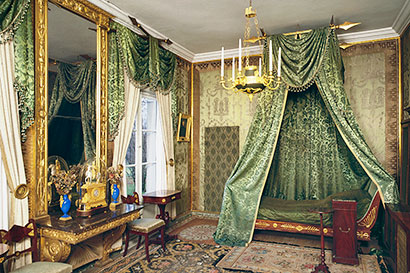 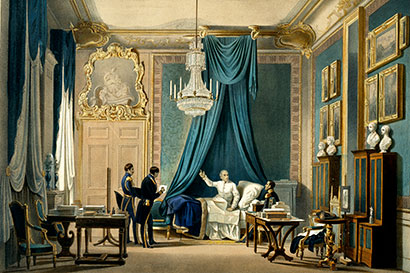 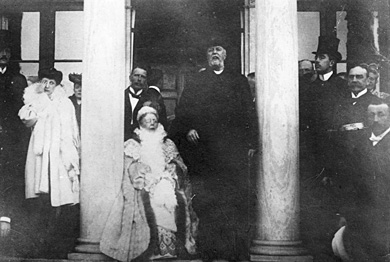 King Oskar II speaks in connection with the dissolution of the union between Sweden and Norway on the steps of Rosendal Palace. To the left of the king is Queen Sophia. Also to the left are Prince Carl and Princess Ingeborg (crying). Crown Prince Gustaf (VI) Adolf is to the right. Photo: Pressens Bild