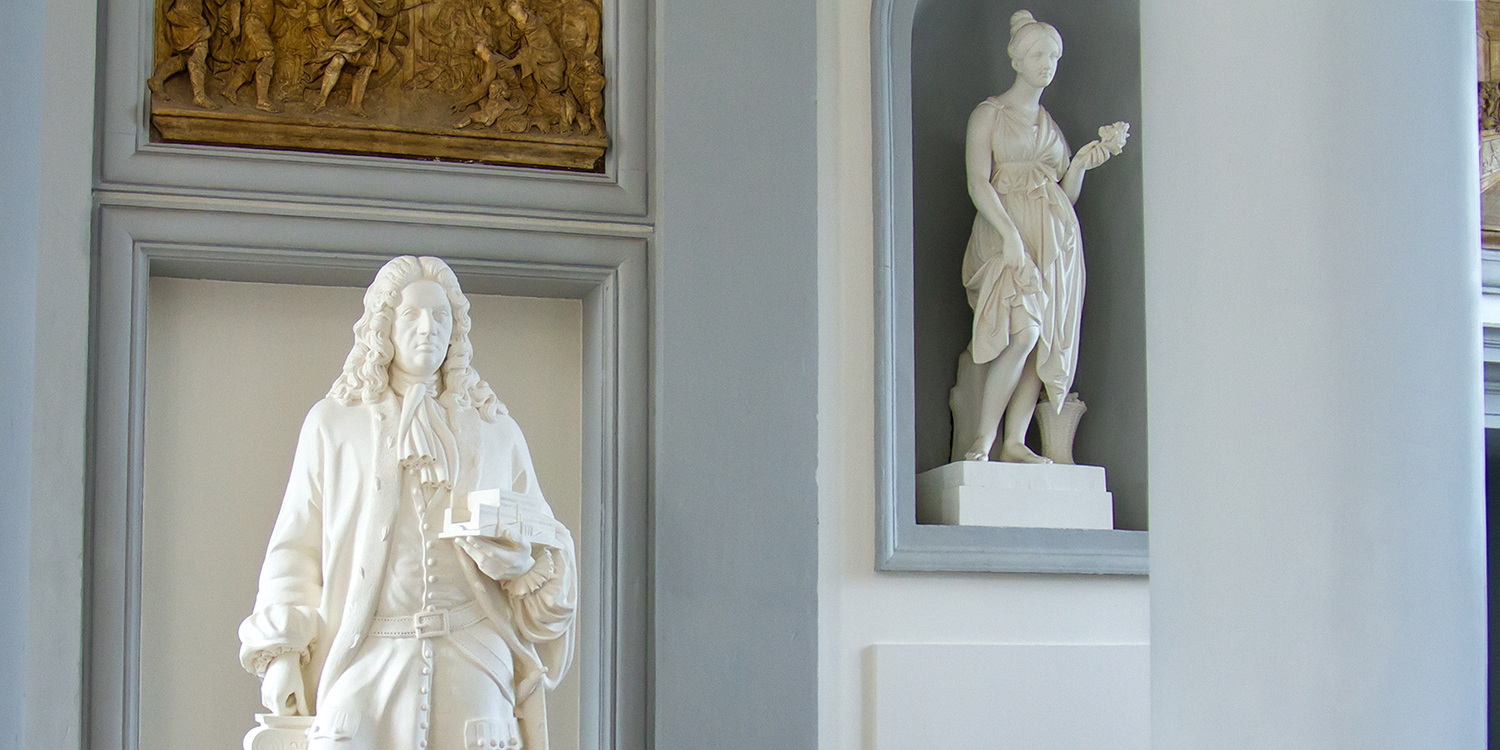 Tessin returns to the Royal Palace

The sculpture of Nicodemus Tessin the Younger, regarded as one of J.P. Molin's finest works, has returned to one of the Palace's unique features, designed by Tessin himself.

The North Gate is one of only a few unique features to have been designed by Tessin before the 1697 palace fire and which remains to this day. The gate was restored for King Carl XVI Gustaf's 70th birthday, and Johan Peter Molin's statue of Tessin was been restored and returned to the North Gate.

Tessin returns to the palace

The statue depicting Nicodemus Tessin the Younger was originally part of the ornamentation on the façade of the National Museum. The statue was carved in Italy in the 1850s by Swedish sculptor Jacob (Giacomo) Lundberg after an original by Johan Peter Molin. At the time, it was regarded as one of Molin's finest works and was erected on the façade of the National Museum in autumn 1860.

In 1996, Molin's original statue was moved to the North Gate of the Royal Palace of Stockholm due to damage caused by the exposed position of the National Museum. Tessin was then removed in 2013 and put in storage by the National Property Board of Sweden.

The statue of Tessin was restored in 2017 and returned to the North Gate the following year. Before the restoration, the statue bore signs of extensive pollution damage and wear, and details including fingers had come loose. Under the direction of restorer Jarema Bielawski, the statue has undergone thorough cleaning. The whole of the surface has been repaired and missing parts have been replaced.

Open during the summer months

The north gate is open during the summer months, as well as the south gate and the inner courtyard. Rest of the year the entry to the Royal Palace is via the west vault. 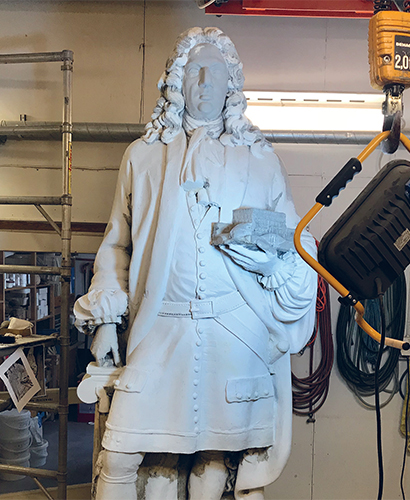 The statue of Tessin has been restored and returned to the North Gate. 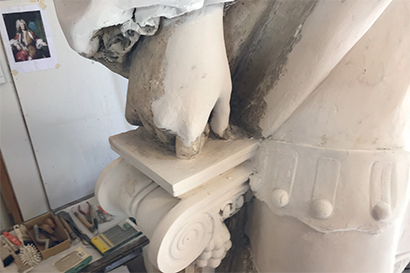 The statue has been cleaned and missing parts have been recreated. 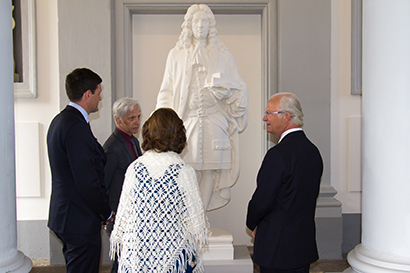 Governor of the Royal Palaces Erik Kampmann and restorer Jarema Bielawski show the statue to The King and Queen on 6 June 2018. 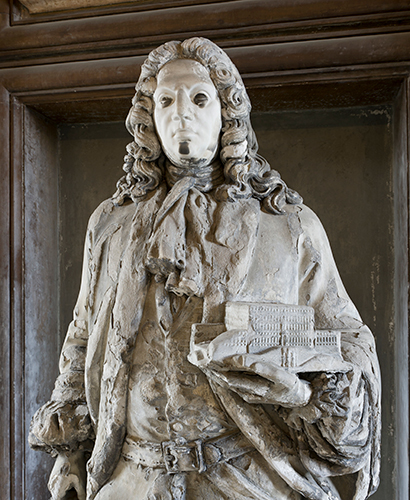 Tessin before the restoration.