Maria was the daughter of Johan Sigismund of Brandenburg and Anna of Prussia. Gustav II Adolf travelled as a suitor to visit Maria Eleonora in Berlin. Although her brother – the Elector of Brandenburg – opposed the plans, they were married.

Of their four children, only one – the future Queen Kristina – survived to adulthood. After her husband's death, Maria Eleonora was deeply depressed for a long time. Her relationship with the regency government and Axel Oxenstierna was marked by contradictions.

The dowager queen's last official appearance was at the wedding of Karl X Gustav and Hedvig Eleonora. 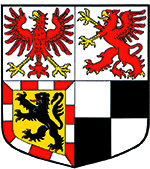