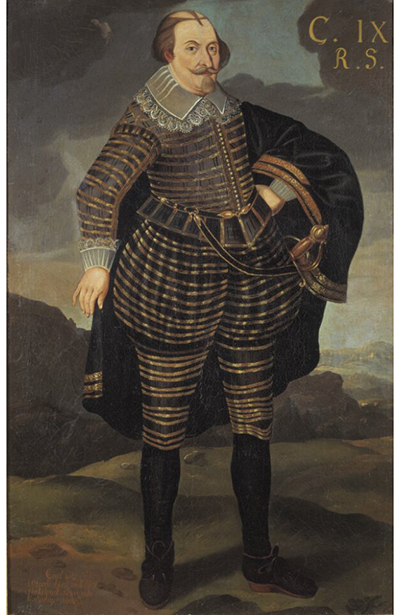 Gustav Vasa´s youngest son Karl was originally Duke of Södermanland. After the death of Johan III, Karl took part in the opposition of Sigismund. In 1598 he rebelled and defeated Sigismund in battle, after which Karl was appointed regent. He was proclaimed king by Parliament in 1600. His royal title was confirmed by the Riksdag in 1604.

Throughout almost his entire reign, Sweden was at war with its neighbours. Karl IX suffered a number of setbacks, and at the end of his reign Sweden was involved in three wars – with Poland, Russia and Denmark.

Karl was married to Maria of Palatinate. Together they had a daughter, Katarina. Following Maria's death, he married Kristina of Holstein-Gottorp. Their children included Gustav (II) Adolf

Portrait of King Karl IX. Unknown artist. The painting hangs in the Audience Chamber at Gripsholm Castle, and is part of the Swedish State Portrait Collection. Photo: Nationalmuseum

In God I trust 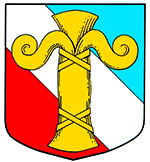