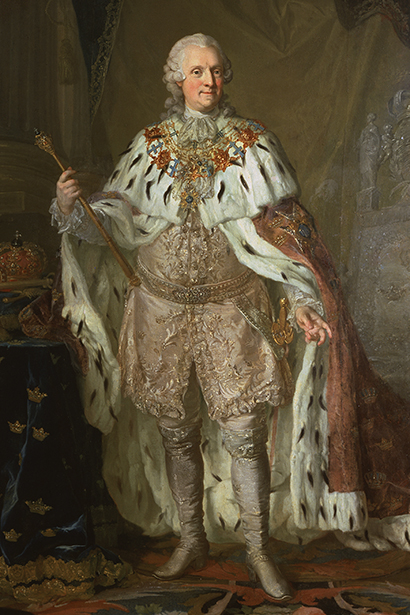 Adolf Fredrik was the son of Kristian August of Holstein-Gottorp and Albertina Fredrika of Baden-Durlach. Adolf Fredrik became heir to the throne at the request of Russia following the Russo-Swedish War of 1741 to 1743. The Russians were afraid that a Danish prince would become heir to the Swedish throne. A pro-Russian king was anticipated in the form of Catherine the Great's uncle Adolf Fredrik.

In 1744 he married Lovisa Ulrika of Prussia. The couple had five children, two of whom became kings: Gustav III and Karl XIII.

As an almost powerless king, he exerted little or no influence over the rule of Sweden. The queen had great political ambitions, and planned a coup d'état to strengthen the royal power. This failed, and instead diminished the monarch's powers even further.

Instead, he is remembered as a skilled carpenter who created beautiful snuff boxes. He died in 1771 from a stroke, supposedly after eating one bun too many.

Portrait of Adolf Fredrik dressed in his coronation attire. Painted by the Swedish artist Lorens Pasch the Younger (1733–1805). The painting hangs in the Yellow Salon at Gripsholm Castle, and is part of the Swedish State Portrait Collection. Photo: Nationalmuseum

The state's welfare is my welfare 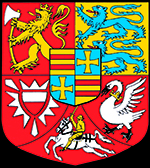