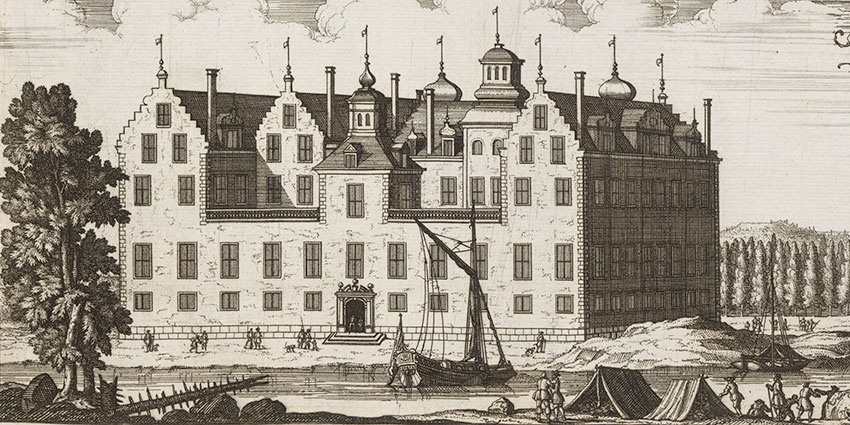 The Russian Tsar Nicholas came here on a visit with his family in summer 1909. The tsar arrived with his imperial yacht Standart, which was moored alongside the palace. According to legend, thousands of photographic glass plates lie somewhere out in the bay, sunk to the seabed at Queen Viktoria's request after her death.

Tullgarn Palace stands at the end of a spit of land, surrounded by the archipelago landscape of Södermanland. With its grand wings and its courtyard, the palace embraces those who arrive from the sea. Those who arrive by land approach via a long avenue of trees. The closer you get, the more the anticipation mounts. Suddenly, the treetops give way and the palace rises up ahead of you. This was the sight that greeted King Gustaf V when he approached the palace by car. To this day, the story is still told of how those who lived alongside the avenue were careful to keep their children at a safe distance from the road when the king's car approached. He liked to drive fast.

The history of Tullgarn can be traced back to the Middle Ages, when the property was owned by Tord Rörikson Bonde. During the 15th and 16th centuries, Tullgarn was owned by several notable historical characters, including Karl Knutsson Bonde and Christina Gyllenstierna, the widow of statesman Sten Sture the Younger. In 1713, Count Magnus Julius De la Gardie inherited Tullgarn, and at this time the estate's main building was fairly run-down. Work on building a new palace began in 1720, and was completed by 1727. In 1772, Tullgarn was purchased by the state as a summer palace for Duke Fredrik Adolf, who was delighted with the property and complained every time he was forced to leave Tullgarn for his duties in Stockholm. In summer 1794, he wrote the following in a letter:

"It is true that it pains me to leave my Tullgarn to suffer the heat of Stockholm's stony streets."

In 1776-77, Duke Fredrik Adolf travelled to Italy where his guides included Johan Tobias Sergel and Louis Masreliez. Several years before his brother, King Gustav III, made his own journey to Italy, Fredrik Adolf encountered classical ancient art and architecture for himself. On returning home to Sweden, this found its expression at Tullgarn, which was rebuilt and modernised between 1780 and 1803. The staircase was moved, and the floor layout was changed to create a number of reception rooms on the garden side, while the private habitable rooms were situated facing the water to the south. When Fredrik Adolf died in 1803, the interior work was not yet finished and did not reach completion until 1807.

Fredrik Adolf's sister, Sofia Albertina, assumed ownership of the property and used Tullgarn as a summer residence until her death in 1829, when Crown Prince Oskar and Josefina of Leuchtenberg took over the palace. After King Oskar I's death in 1859, Josefina continued to live at Tullgarn during the summer until she died in 1876.

A new era at Tullgarn

In 1881, Crown Prince Gustaf (V) married Princess Viktoria of Baden, marking a new chapter in the history of Tullgarn. Tullgarn was also a popular summer destination for Gustaf and Viktoria, and the palace was converted into a more informal, modern summer residence. At Tullgarn, King Gustaf V and Queen Viktoria could devote themselves to their favourite pastimes: hunting, fishing and tennis for the king, and dogs and horses for the queen. A keen horsewoman, the queen rode four-in-hand.

A visit from the Russian tsar

King Gustaf V spent every summer here until 1949. In summer 1909, he and Queen Viktoria welcomed Tsar Nicholas and his family. The tsar's family arrived at Tullgarn on board the imperial yacht Standart, which was moored outside the palace. Before their visit, the Imperial Suite was renovated, including the addition of bathrooms, but the tsar's family did not stay overnight in the palace, sleeping on board the Standart instead. According to legend, thousands of photographic glass plates taken by Queen Viktoria herself lie somewhere out in the bay, sunk to the seabed at the queen's request after her death in 1930.

King Gustaf V died in 1950, and during the 1950s and the 1960s many of the Gustavian interiors were recreated. 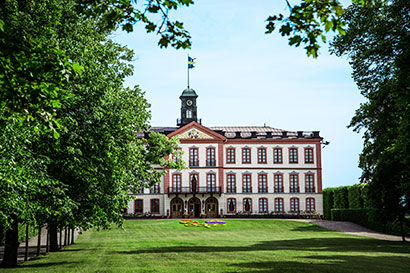 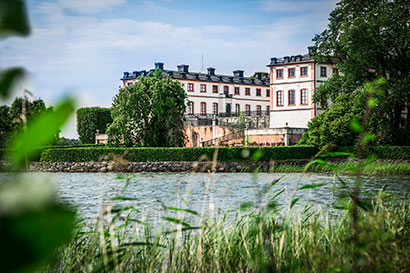 The current palace at Tullgarn was built in the 1720s, and has been a royal summer palace since 1772. Photo: Raphael Stecksén 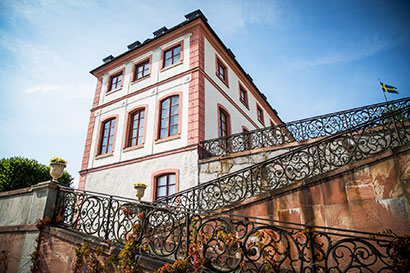 Tullgarn was purchased by the state in 1772 as a summer palace for Duke Fredrik Adolf, who was delighted with the property and complained every time he was forced to leave it. Photo: Raphael Stecksén 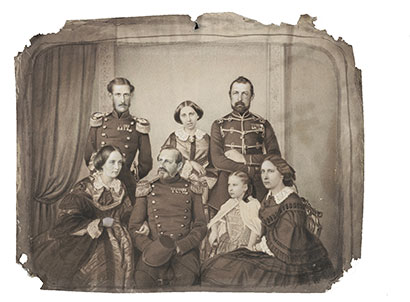 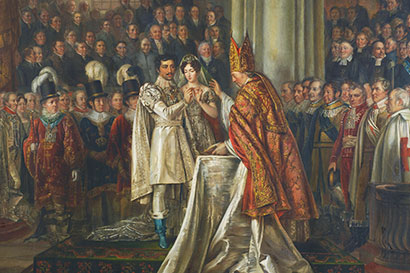 The wedding of Crown Prince Oskar (I) and Josephina at Stockholm Cathedral on 19 June 1823. Oskar and Josefina took over Tullgarn Palace in 1829. Photo: Alexis Daflos 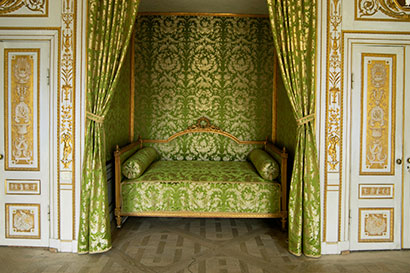 In the 1770s, the palace was purchased by the state to be given to King Gustav III's youngest brother, Duke Fredrik Adolf. Here is his bed in the Grand Bedchamber. Photo: Alexis Daflos

For larger groups we recommend a pre booked guided tour with your own guide. Tullgarn palace can be booked May–September.

Tullgarn Palace has been used regularly as a royal summer residence. Duke Fredrik Adolf, King Oskar I and Queen Josefina, and King Gustaf...

Strolling through Tullgarn Palace Park is like taking a walk from the 17th century through to the 20th century, from Carl Hårleman's aven...

Tullgarn Palace Park has an inn and a old stable housing a visitor's centre with a palace café and a Royal Gift Shop. Tickets for palace ...

The "Tyllegarn" estate is already mentioned in medieval documents, but the first Palace only built in the late 16th century, for Count Ca...

King Gustaf V, Queen Victoria and their children spent many unforgettable summers together at Tullgarn Palace in the Trosa Archipelago.

The Royal Walks app offers walks in beautiful settings through several of our royal parks. The app now also includes a guide to the area ...