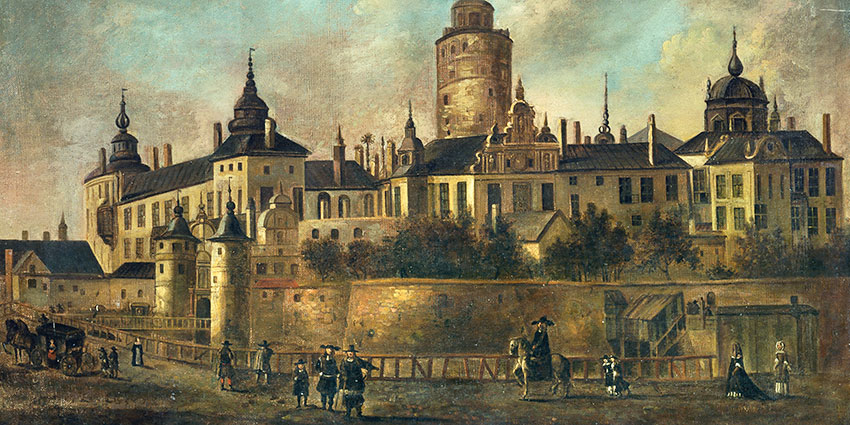 Highlight: Wander through a thousand years of history

The Royal Palace of Stockholm has a history that stretches back more than a thousand years. From the Middle Ages to the present day. This was originally the site of a fort to defend the Mälaren Valley against Finnish and Russian pirates. Fortifications dating from the 10th century have been found out in the water.

The journey through time begins at the Tre Kronor (Three Crowns) Museum, down in the cellars of the palace. Here you can see traces of the mediaeval palace, such as the 13th century defensive wall of the Tre Kronor Palace, an ancient kitchen, a food hoist, a 16th century marble piece of garden furniture and even a mediaeval cesspit. There is also a secret passage here. It was used by King Karl XI, who snuck out incognito from time to time in his grey cape to see how the ordinary people lived. The passageway is still usable, and leads out under Norrbro. For many years, the workings of state were largely carried out at the palace. During the time of King Johan III (1537-1592), as many as a thousand people worked here. The Tre Kronor Museum has models of the palace, from the mediaeval castle to today's Renaissance palace.

From the Tre Kronor Museum, via the magnificent Western Staircase, we can continue to follow the history of the palace at the Royal Apartments. Wandering through the state rooms is like uncovering layer upon layer of Swedish interior art, sometimes revealing stark contrasts. This is because Sweden's kings and queens have always decorated their rooms in the latest styles.

Karl XI's Gallery is one of the highlights of 18th century décor. In King Oskar II's Study, the late 19th century has been preserved complete with contemporary technological innovations, such as a telephone and electric lights. A few paces further on is the Jubilee Room, the most modern room in the palace, which was decorated as a gift for the current king's 25th jubilee in 1997. Having wandered through a thousand years, we have now returned to the present day. 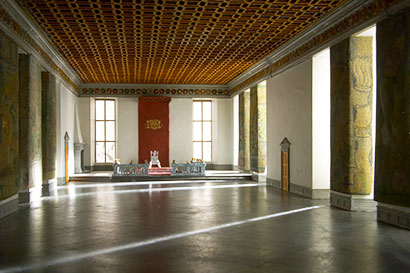 The journey through time begins at the Tre Kronor Museum, down in the cellars of the palace. Photo: Alexis Daflos 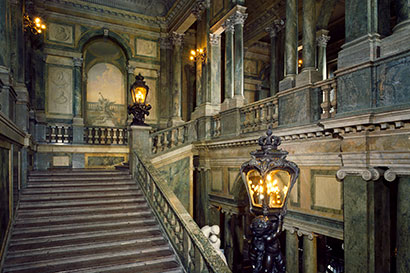 From the Tre Kronor Museum, via the magnificent Western Staircase, we can continue to follow the history of the palace in the Reception Rooms. Photo: Håkan Lind 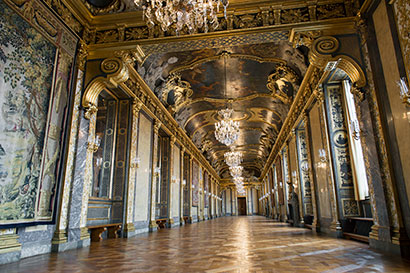 Karl XI's Gallery is one of the highlights of 18th century décor. Photo: Alexis Daflos 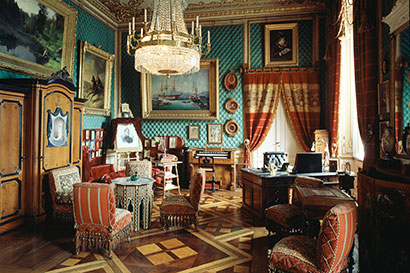 In King Oskar II's Study, the late 19th century has been preserved complete with contemporary technological innovations, such as a telephone and electric lights. Photo: Alexis Daflos 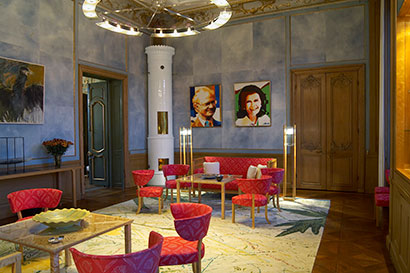 The Jubilee Room is the most modern room in the palace, which was decorated as a gift for the current king's 25th jubilee in 1997. Photo: Alexis Daflos

Museum Three Crowns and the Royal Apartments are included in the palace ticket. Stroll on your own or join the guided tours.