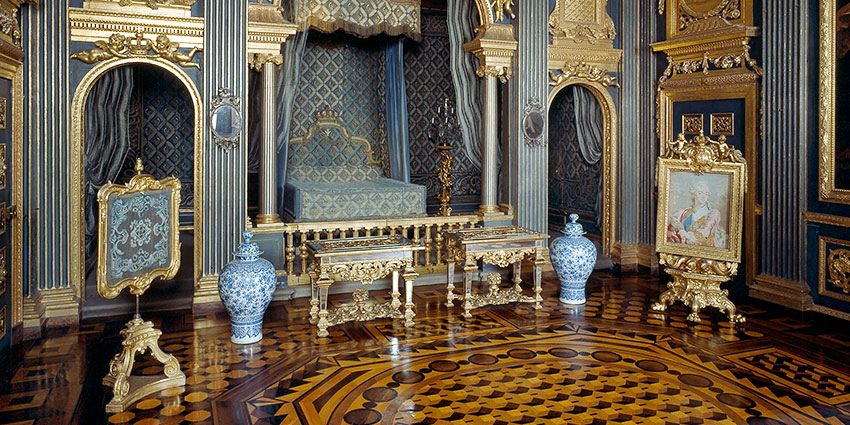 Queen Hedvig Eleonora built Drottningholm Palace during Sweden’s time as a great power, and practically, it was a way of confirming the power of the monarch. The State Bedchamber is one of the most splendid rooms.

Queen Hedvig Eleonora was widowed in February 1660, at the age of just 23 and with a four-year-old son. Had she been less strong in character, it is very likely that the history of Sweden would have been entirely different. Drottningholm Palace reflects a highly strong-willed, capable woman.

For much of Sweden’s period as a great power, it was Queen Hedvig Eleonora who held this power. First while her husband King Karl X was fighting military campaigns, then during the regencies of her son King Karl XI and her grandson King Karl XII, and finally as King Karl XII’s representative in Sweden during his time abroad.

She is thought to have seen it as her role in life to consolidate the power of the monarch, and it is in the light of this that we should view her many and extensive construction projects. She built Strömsholm Palace, and also oversaw the fitting out of Ulriksdal Palace and Gripsholm Castle. But she is perhaps best known for having built Drottningholm Palace.

Queen Hedvig Eleonora had the financial resources needed to realise her ideas, which she did together with the leading architects and artists of her time. The splendour of the royal palaces became a way to confirm the power of the monarch.

One room that exudes power throughout is Hedvig Eleonora’s State Bedchamber – one of Sweden’s grandest Baroque rooms. The room was used as an audience chamber for distinguished guests. The entire room is full of symbols of royal power, but there is also a more personal message.

The queen commissioned her skilled court painter Ehrenstrahl to depict the history of her marriage and to convey her fear that her son would not survive. In one painting, the goddess of fate measures out his life’s thread. 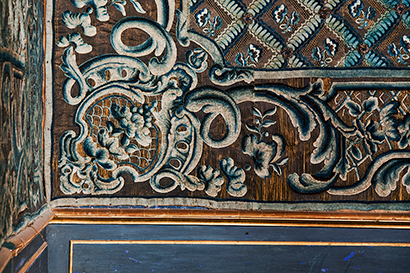 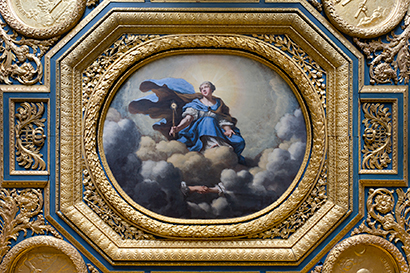 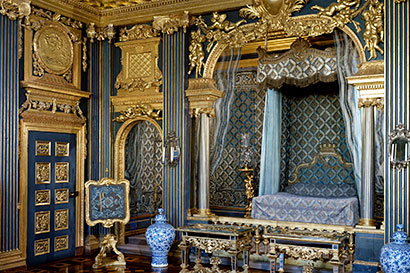 One room that exudes power throughout is Hedvig Eleonora’s State Bedchamber – one of Sweden’s grandest Baroque rooms. Photo: Håkan Lind/Royalpalaces.se