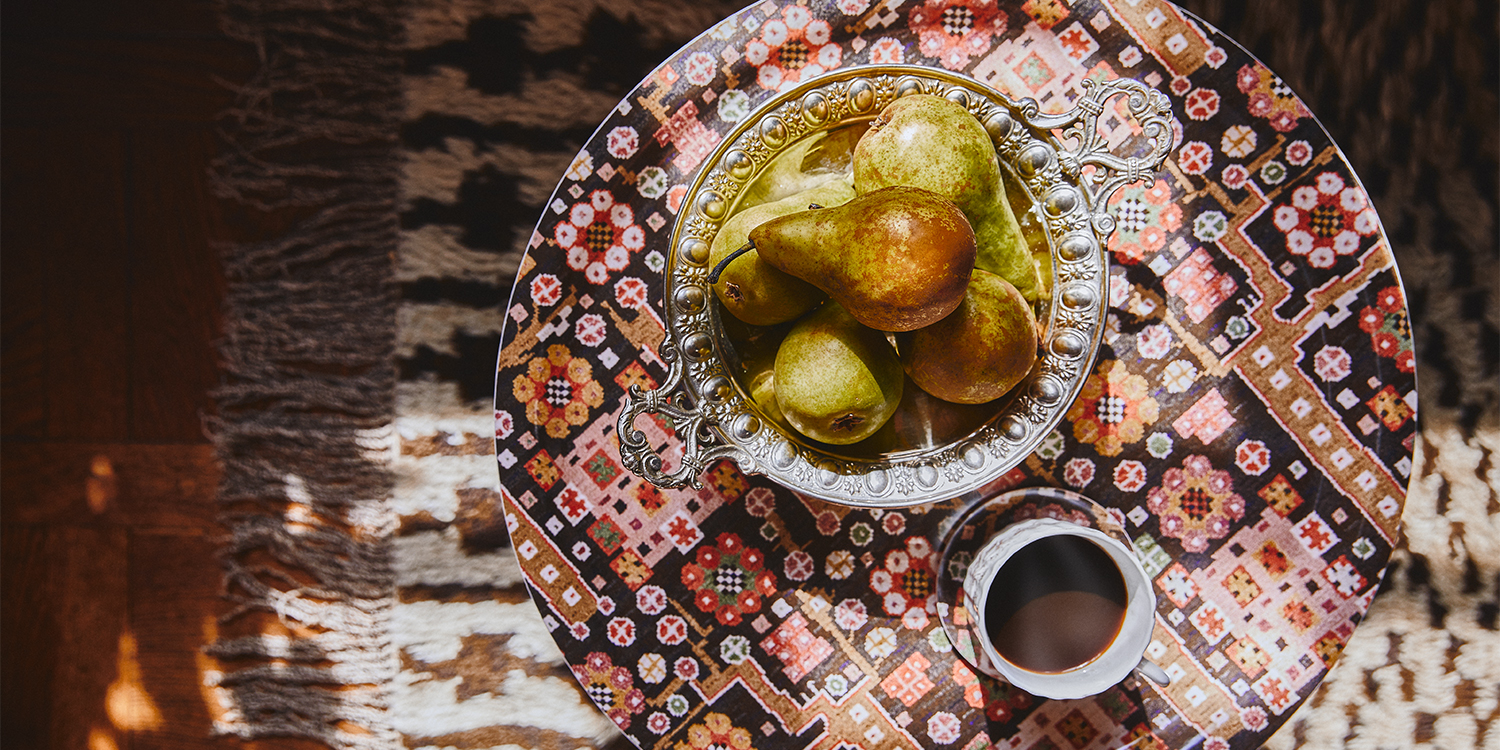 To mark the exhibition at the Royal Palace, we have created a series of products inspired by Märta Måås-Fjetterström's characteristic patterns.

Beautiful, practical and enduring pieces for special occasions and everyday use that will inspire joy for many years to come. This was our thinking behind the items, which are available from the Royal Gift Shop.

In 1923, Måås-Fjetterström designed the magnificent Svarta Trädgårdsmattan (Black Garden rug) flossa rug with its oriental feel, often referred to as her 'Rolls Royce'. The pattern has been recreated on a practical tray table, durable and lightweight trays, and coasters for glasses and mugs.

Be of good cheer

Märta Måås-Fjetterström invariably painted the sketches for her rugs and weavings in watercolour. This treasury of around 700 pattern sketches ensures that her craftsmanship and her cultural output live on.

Var Vid Gott Mod (Be of good cheer) was Märta Måås-Fjetterström’s final sketch, and was on her desk when she died on Easter Sunday in 1941. This was a sketch for the altar hanging in Tjörnarp Church.

A detail from the watercolour sketch has been reproduced on a tray, serviettes and a bus/rail pass holder. The name of the pattern translates as 'Be of good cheer' – worth remembering during your coffee break or the morning rush hour!

The shop also has specially produced tea towels from Båstad Linen in colours used by Märta Måås-Fjetterström for her yarn. The pattern is taken from her Schackrutan watercolour sketch for a rug woven early in the workshop's history, before 1924.

The tea towel is available in yellow, blue, red and green.

The exhibition catalogue – more than just a catalogue

A catalogue has been produced for the exhibition, serving as both a guide and a souvenir. All the rugs and weavings from the exhibition – more than sixty in total – are depicted in the catalogue. A fold-out centre section allows the reader to wander through the exhibition, and the richly illustrated publication also includes a number of fascinating articles linked to the exhibition.

English translations are included in the summary and for the captions in the catalogue.

A magnificent new book about the textile artist, who produced almost 700 sketches for rugs and weavings during her lifetime, has been published in connection with the exhibition.

This beautiful picture book also includes five in-depth articles by leading textile art experts, exploring Märta Måås-Fjetterström’s artistic talent. Måås-Fjetterström was highly respected by her contemporaries, and was represented at several world exhibitions and in major collections. The work of this Garbo-like artist is now undergoing a new revival. The book has been written in both Swedish and English.

These products can be purchased at the Royal Gift Shop in the Outer Courtyard of the Royal Palace, and from the pop-up exhibition shop inside the Palace.

Find out more about her cultural output 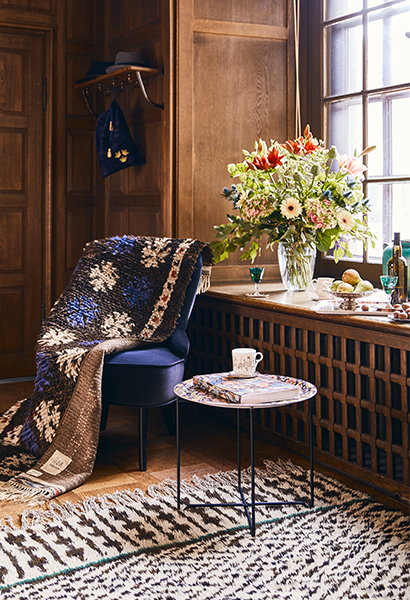 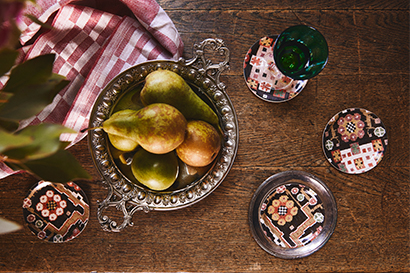 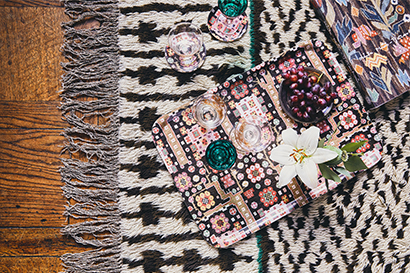 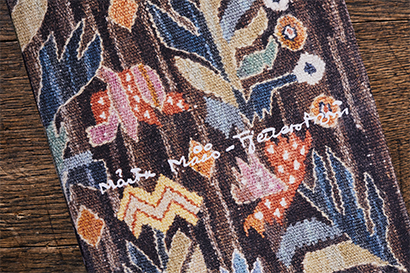 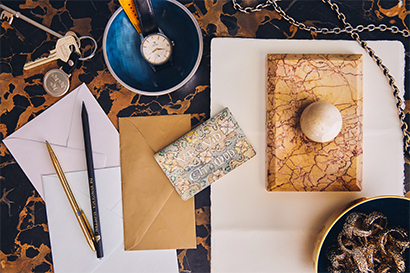 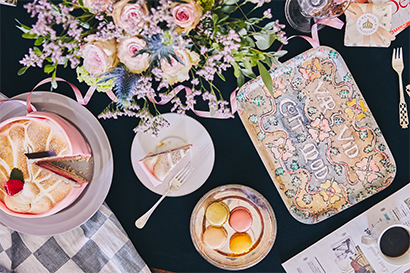 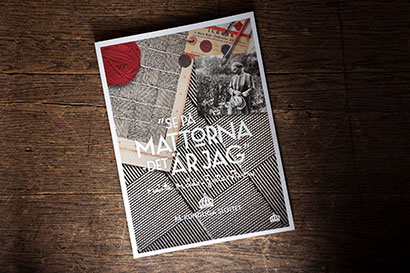 VISIT THE EXHIBITION
Find out more about opening hours, the programme and tickets on the event page:
Märta Måås-Fjetterström at the Royal Palace

The Thinking Hand is an annual scholarship competition for young draftsmen. The nominated entries will this year be exhibited at Royalp...

The "Look at the rugs – find me" exhibition will be extended until 4 October. The major exhibition at the Royal Palace gives visitors the...

An anniversary concert will take place at the Royal Palace to mark the 250th anniversary of Beethoven's birth. Pianist Roland Pöntinen wi...

Animal Safari at the Royal Palace

Wild animals are hiding in the large rooms of the palace. On the walls, on the ceilings, on objects and on furniture. Some are large, and...

An audio guide, available via your smartphióne, has been created for the Bernadotte Apartments – the rooms at the Royal Palace named afte...

Four of the royal palaces will reopen on 1 July – Gripsholm Castle, Drottningholm Palace, the Chinese Pavilion and the Royal Palace, incl...