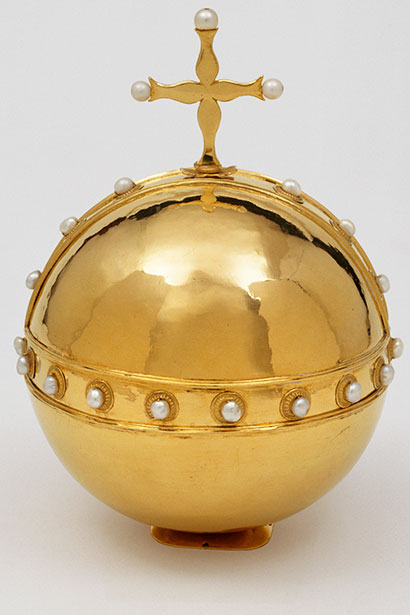 Gunilla Bielke was queen of Sweden between 1585 and 1592, and King Johan III's second wife. When the king's first wife Queen Katarina Jagellonica died, he became melancholic. At the end of his year or mourning, he started looking for a new wife.

After much reflection he eventually chose his cousin's daughter, the young Gunilla Bielke, but his choice was not popular with his siblings.

The orb, which weighs just under half a kilogram, was used as the Royal Orb between 1751 and 1818.

FACTS
Made by: Made by goldsmith Frantz Beijer