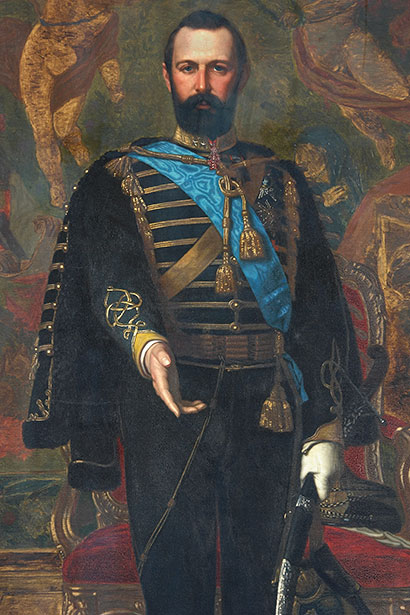 King Karl XV quickly became a popular favourite thanks to his straightforwardness and his spirited personality.

The reform that led to a bicameral parliament came about during the reign of King Karl XV. Municipal voting rights for women were introduced during his reign, and greater freedoms were granted within the fields of religion, law and politics. It was also decided during his time that adult, unmarried women could apply to be declared to have reached majority, and his sister Princess Eugénie was one of the first to apply.

King Karl XV had an artistic disposition. His poems were published in eight languages, and several of them were set to music. His art collection included around 500 paintings, which he donated to the state. His own paintings have been hung at the National Museum and the royal palaces.

He died at the age of 46 following a long illness.