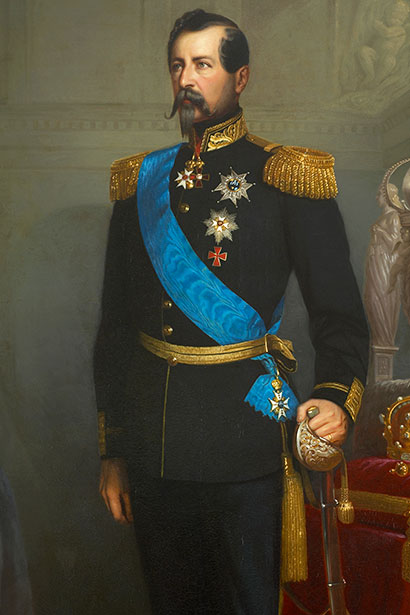 Oskar (I) was the son of King Karl XIV Johan and his wife, Désirée. He came to Sweden from France aged eleven, and succeeded his father as king at the age of 45.

He was less conservative than his father, and his policies were more in favour of reform. The 1846 freedom of trade reforms ended the dominance of guilds in Sweden, and equal rights of inheritance for sons and daughters were introduced.

However, this was as far as the reforms went. Unsettled by the revolutions of 1848 in Europe, King Oskar I became a more cautious monarch. He did not want to hand over any more power to the Government or the Parliamentary Session.

King Oskar I had five children with his wife Josefina. He died in 1859 at the age of 60.