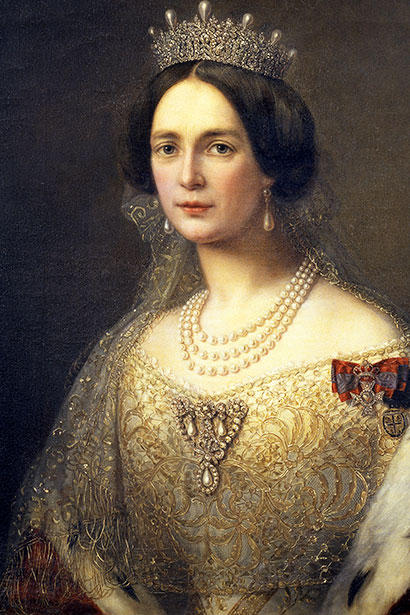 Joséphine Maximiliana Eugenia Napoleona of Leuchtenberg was born in March 1807 in Milan, the daughter of a French general.

On 23 August 1822, Crown Prince Oskar came on a visit to Eichstätt in Bavaria, where he met Joséphine. The Crown Prince fell in love with her, and asked for her hand in marriage a few days later.

Josefina contributed towards the construction of the first Catholic church in Stockholm in 1837, and towards establishing the Catholic congregations in Gothenburg and Kristiania. She established and supported many philanthropic associations, including the Josephinahemmet home in Blackeberg, Stockholm, and she worked hard to help poor mothers and widows with children.

When Oskar ascended to the throne in 1844, Josefina gained increased political influence. She was the king's only truly loyal advisor.